How to Get There: Amsterdam is one of the most easily accessible cities in Europe, and is even more easily and inexpensively accessible now than in 2015, when Entering Amsterdamwas written. If you’re looking to save money and live near a big city, my recommendation is to check for Norwegian Airlines’ direct flights from LAX (Los Angeles), JFK (New York), and soon FLL (Fort Lauderdale/Miami). If you don’t mind spending a little more, then fly KLM. In the case of Entering Amsterdam, I was already travelling to Northern Europe for work, so I took Norwegian from FLL to Oslo, then connected to AMS from there.

How to Get Around: If you’re travelling to Europe for the first time and you’re used to driving in the states, get un-used very quickly. Don’t rent a car, either take the tram, the bus, or rent a bike. It’s cheap and the city is much more easily navigable that way.

Are There Black People In Amsterdam?: Yes! In terms of diversity, Amsterdam is just as diverse as European cities like London and Paris. Many of the black Dutch count places like Suriname, Dutch Guyana, the ABC islands (Aruba, Bonaire, Curacao) and South Africa as “home”.
Special shout out to Ruud Gullit and Edgar Davids- ed.

However, this may be hard to tell if you visit Amsterdam and stay on the “tourist” path. Amsterdam is so overrun by American tourists that it feels like Oklahoma. Seriously. I strongly encourage the Amsterdam Black Heritage Tour if you’re interested in learning about the “black” side of things.

What To Do That Doesn’t Involve Marijuana or Sex: The Heineken Experience
Even if you’re not a Heineken fan (note: it tastes much better outside the states) or if you think that brands like Heineken symbolize everything bad about the big-brand alcohol industry, this tour is worthwhile.
It is located at Heineken’s original factory, and is easily accessible from anywhere in the city. The tour runs about €21 (or about $23 US), but you can save €3 by booking online in advance. Tour includes 2 free beers, but be careful, the gift shop is strategically positioned at the end of the tour (and after several samples of beer).
My suggestion is to take this tour before you do anything else in the city, as the development (and subsequent homogenization as an international beer brand) of Heineken mirrors the modern development (and subsequent homogenization as an international city) of Amsterdam.

Another Thing To Do That Doesn’t Involve Marijuana or Sex: Jazz Café Alto
Places like this are a great reminder of just how pervasive black culture is worldwide. This is a hidden gem and a pleasant break from the techno/top 40 wasteland that is the mainstream party scene in Amsterdam. The jazz here is straight-ahead (in other words, traditional) and most nights, cover is free. Don’t forget to support the bar.

Thanks for reading this! For more travel tips, subscribe to our newsletter to keep posted and for special IGB travel-related deals! Just fill out the form below . 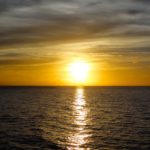 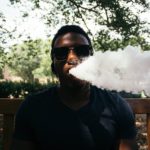