Note: This was written in January 2020 in pre-pandemic Miami. This club is still operating, but at reduced capacity; give it a visit!

The growth of a more cultured and diverse populace, and to be fair, less expensive airline travel, are what have begun to affect change. Music festivals such as 9 Mile, Jazz in the Gardens, and Rolling Loud have made Miami a go-to destination for music fans who weren’t already necessarily part of Ultra Music Festival’s EDM crowd. Smaller, more eclectic festivals are seemingly popping up every other week, and showcase a diverse range of artists and styles. Outside of the festival scene, a talented group of up-and-coming artists are pushing the barrier for what is considered “Miami music” (shout out to Starve Marve and Paperwater), and more venues have opened over the last 10 years to accommodate people who are hungry for music and life beyond the EDM and Hip-Hop club scene.

Miami’s le Chat Noir is one such venue.

One of the great tragedies of living in South Florida is that this place has been voted one of the world’s top live jazz venues, but unless you are a hardcore jazz fan, it’s likely you haven’t been to this place. It’s located in the very heart of downtown Miami: off Miami Avenue and Flagler Street, and is just across the Miami Avenue Bridge from the booming, overpriced, mini-metropolis that is Brickell. For those who aren’t fans of driving, it’s on the same block as the Miami Avenue Metromover station, so there are no excuses not to be there.

Wine and Jazz worth Going Underground For

If you’re from or are familiar with South Florida, one of the first things you’ll notice is that le Chat Noir is built differently than any other venue in the area. The upper half of the venue, which is used for happy hour and smaller lounge-style weekday performances, is located “upstairs” at ground level. The real magic, however, happens underground in the basement/cellar. Perhaps this is the first indication that this is a unique place, as your chances of finding a building with a basement in Miami are about as likely as finding an authentic Cuban Pan con Bistec in Duluth, Minnesota.

Upon descending the steep steps into the basement, one of the first things that hits you is the mystique of the place. The basement is a dark and romantic room which seems to have been pulled straight from the famous jazz cafes of the 1940s and 50s. It’s not hard to imagine Miles Davis or Ella Fitzgerald standing onstage next to the grand piano, or the likes of Sammy Davis or James Baldwin enjoying some music and champagne at one of the candlelit tables next to you.

It’s not hard to imagine… the likes of Sammy Davis, Jr. or James Baldwin enjoying some music and champagne at one of the candlelit tables next to you.

The next thing that you’ll notice is that there is a lot of wine here. In fact, the entire lateral wall of the place is a wine rack with hundreds of bottles on display. There is quite an extensive curated selection of both domestic and international wines here; although the selection isn’t say, hundreds of varieties deep, it is certainly more than enough to satisfy any oenophile, while still reasonably priced enough to satisfy the price-conscious soul. There is also a menu of light entrees and desserts (they won my heart with Crème Brulee), as well as a selection of charcuterie and cheese trays to complement whatever beer or wine you may order if you’re hungry.

For Music Fans Only:

The bad news is that if you’re into modern funk or hip-hop-inflected jazz à la Robert Glasper, Kamaal Williams, or Christian Scott, you probably won’t find it here. The good news is that while this is primarily a straight-ahead (meaning acoustic) jazz cafe, this isn’t one of those places where you’ll only hear the same standards that have been played in every jazz club worldwide for the last 60-80 years. That’s boring.

As anyone with half a business mind might imagine, most of the artists that perform at le Chat Noir are a reflection of the complexion of Miami. In other words, Cuban-influenced Latin Jazz is the predominant subgenre here. The artists that usually appear range from young guns to regional legends to international stars- you’d be hard pressed to find a weekend schedule here that doesn’t include at least one Grammy winner- even if they’re casually sitting in on the keys or drumset behind a local headliner.

On occasion, a West Indian artist or experimental jazz group will show up. For example, Trinidadian Steel Pan maestro Othello Molineaux appears here quite often, and an Ornette Coleman tribute band from New York was headlining during another recent trip to the club. Special shout out Hatian-American trumpeter to Jean Caze (@jeancaze), who performed brilliantly the first time I ever visited the venue.

Overall, though, this is a decent listening environment, although with the acoustic setup inside, a little bit of talking becomes greatly amplified. Small signs inside politely remind patrons that “silence is golden” and “‘silent’ and ‘listen’ are spelled with the same letters”– so no matter what the wine tells you to do, talk between sets, or else you’ll get shushed; perhaps this is part of what makes it a great date night spot and a great jazz club. Come here after dinner on your next date night with your beaux or your boo, and you won’t be disappointed.

If there is a cover charge, it will be included in your drink order. Their Instagram account (@lechatnoirsalis) is the best source for latest performance info; most basement/cellar performances occur on weekends. 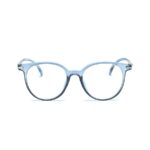