With the advent of this summer’s travel season, the media has attached itself to what may become this year’s travel story. In the European Union, the latest “green” movement is gaining traction. This movement advocates for completely eliminating air travel in favor of other options.

The idea behind the movement is simple. Airline travel alone accounts for 2% of the world’s greenhouse gas emissions, and accounts for a whopping 5% of global warming. That’s not even to mention the carbon emissions that are emitted through the systems that support air travel (i.e. airport terminal buses), as well as the sheer amounts of waste that flights produce. All factors considered, the single worst thing any one person can do to the environment- aside from taking up brickmaking as a hobby- is to buy a plane ticket.

So what’s the eco-friendly traveler to do?

For the tourist who cares about the environment, this creates a damning dilemma; we love the earth so much that we want to see as much of it as possible before it’s gone, but that same- and pardon the extremely overused word- wanderlust is a significant part of the machination that’s created our environmental issues.

If you care about living green and have been keeping up with this story, you’re probably having serious moral questions about if or how you should travel. The media has certainly not balked when it comes to providing potential solutions, some of them reasonable, some of them questionable, and some of them completely irrational. So we’re here to help you clean up that mess (because you totally asked).

In Europe and other places such as Japan, high-speed train travel is inexpensive and fast. But especially in Europe’s fully deregulated airline market, airline travel is even less expensive, and (still) much faster than hopping on the train.

In the United States, however, the progress of availability of high-speed rail travel can usually be plotted parallel to the progress of the electric car. As it stands, thanks to big oil and other political, social, and financial factors too numerous to mention, we’re way behind where we should be. There is only one active high-speed rail line in the U.S.; that’s Amtrak’s Acela Express line in the northeast, which technically doesn’t run fast enough to be considered “high speed rail”. A few high speed rail lines are under construction around the states, but widespread proliferation is at least a generation away (God bless Pres. Obama’s administration for at least trying). Still, this is an improvement over the status of “complete pipe dream” from 10-15 years ago.

The verdict: This is a good idea, but is only a great idea in East Asia and Europe.

Here’s a compromise for the eco-friendly traveler: if you’re traveling within Europe, take the train. If you’re within the states and are looking for something more eco-, time-, and budget-friendly than airline travel, you’re probably better off taking a stagecoach if you don’t own a Tesla or some experimental solar-powered car.

Solution 2. If you’re going to fly, fly a carbon-neutral airline.

Some U.S. carriers are taking steps to show they’re aware of the ecological consequence of their business. United Airlines should be lauded for their recent efforts to cut back on waste and promote the idea of carbon-neutral flying (read more here). The other OG of airline waste cutbacks in the U.S., JetBlue, announced that they would offset all carbon emissions from their passengers this month, reportedly a massive 700,000 metric tons of CO2. Most other American carriers have publicly followed suit recently, making changes to reduce their use of plastic and other non-biodegradable materials.

In addition, United Airlines is the industry leader in using biofuels (sustainably sourced fuels). All of United’s flights from Los Angeles since 2016 have used a biofuel/jet fuel blend, and Chicago is rumored to be the next hub to implement this fuel program. In addition, in 2015, United invested $30 million in Fulcrum, a company that converts trash to a biofuel that can be blended with jet fuel.

However, here are several elephants in this room. First, no one is really sure if carbon offsets purchased on such a massive scale (like JetBlue’s) are really effective, but more on that later. Second, airlines and airports waste a massive amount of food, even if it’s rare to get a meal on a flight these days; there needs to be a serious conversation about this before any airline can truly be labeled “carbon neutral”. Third, waste from international flights is not allowed to be recycled; in many cases it is incinerated right at the airport (read more about it from ICAO, one of world aviation’s governing bodies, here) or taken to special waste areas for dispoal. ICAO would do well by implementing recycling standards for international flights.

The verdict: If you’re able to, fly on an airline with a history of investing in the environment. Also, only book direct flights if possible (which you’re probably already doing, anyway), because airplanes burn the most fuel on takeoff.

Another thing to consider: on average, airlines use much less fuel than they used per passenger a generation ago. Fuel-efficient planes and the use of computerized booking systems (i.e. flights are more full now, meaning more fuel-efficiency per passenger) are a couple of reasons why airlines are cheaper and more fuel-efficient than ever before. If you’re feeling guilty about flying often, at least you can feel good that you’re flying in 2019 and not 25 years ago.

3. Buy your own carbon offsets before you travel.

Here’s a review of carbon offsets for the uninitiated, in case you missed the carbon offset craze at the start of the 2010s. Let’s say Derek, a eco-conscious guy, needs to take a cross-country round trip flight, but he’s worried about the environmental cost. In this case, it’s estimated that his flight will add roughly 1000 lbs of CO2 to the atmosphere per passenger, which is more than most automobile drivers emit monthly. To offset the amount of carbon his ticket will add to the atmosphere- as well as his sense of guilt, Derek invests into companies that help reduce other people’s carbon footprint and remove carbon from the atmosphere.

If this sounds similar to a scheme where a robber baron donates some of his money to feed the poor to help alleviate guilt, you’re right. This is the concept behind carbon offsets, it’s sort of a charity that runs off of environmental guilt instead of monetary guilt. As with any major charity, one can never really be sure if their money is going where it’s supposed to, but the moral, psychological, and social benefit of doing something right outweighs the potential cost for those who give.

That’s the basis of much of the criticism of carbon offset programs. Other critics argue that if governments and corporations mandate programs that carbon offset schemes ask people to voluntarily pay for (which is trendily called “insetting“), there will be no need for carbon offset schemes. Also, from a business standpoint, not only does insetting look better than paying off some other corporation deal with the problems you’ve created, it can also save money in the long run. For example, instead of paying someone tons of money to reduce waste in a developing country, why not use the same money to reduce your own waste?

One thing is assured, however- it’s probably better to pay for trustworthy carbon offsets and other eco-conscious programs than it is to not pay for them.

The verdict: Pay for carbon offsets if you can afford it, but reducing your carbon footprint starts at home.

Having a Mind for the Environment.

All in all, whether or not you decide to actually forego air travel in favor of taking the train somewhere, or if you do something as small as reusing the towels in your hotel room instead of having them washed every day, it’s worth at least considering the environmental impact of the decisions you make while you’re traveling. Truly green living doesn’t stay behind at home.

Would you consider giving up air travel for the environment? Have your say below.

When Someone Loved Me In My Favorite Place 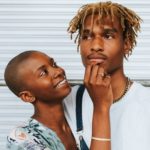 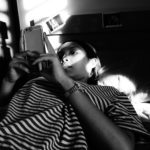 Tindering While Abroad: A Beginner’s Guide to Online Dating Overseas

One comment on “Is Carbon-Neutral Air Travel Possible? We Evaluate the Media’s Alternatives (Because You Totally Asked Us To)”